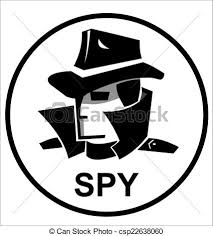 It appears that non-vetted former President of the USA, Barack Hussein Obama, spent his last days in office creating a powerful organization that could possibly influence elections and punish Americans.   During those last days, Obama was busy releasing felons from prisons onto the streets of America, while Michelle, was busy stating that this country “belongs to the  Muslims.”

Since when does a President of the USA and  a First Lady have the power to give away a Free Christian Nation to  57 anti-American Nations whose ideologies are in opposition to the U.S. Constitution and the Christian Bible?  It appears that Americans are so busy focusing on abortions and transgenders and same-sex that they haven’t realized that America is vulnerable to Communist China, Communist Russia, The Muslim Brotherhood.  America is at risk of an attack because of open borders and migrating terrorists and gang members into the USA by the tens of thousands each time.  In fact, they’ve been implementing what I coined the “catch and release” program which President Trump refers to as the “Detain and Release” program.   They detain the illegals and bad guys from foreign nations then release them back into the streets inside the USA.  Obama and Holder were releasing terrorists, gang members, cartel members and felons onto the streets in America for 8 plus years.  It’s no secret that America has been infiltrated with domestic and foreign enemies into all branches of government during the Obama, Holder, and Hillary Democratic regime for  8 years .

Even during Obama’s last days in office back in November 2016, he spent his time campaigning against candidate, Donald J. Trump.  In 2015 and 2016, Obama  boldly declared many times, “Trump will never be President of the United States.”  Obama was extremely busy  campaigning for Hillary and Bill Clinton.   The reason I stated “Hillary and Bill Clinton” as a team is simple.  They are a team. They are on the same Socialist Liberal and communist leaning page.  They always embraced Margaret Sanger, Saul Alinsky, and Robert Byrd.  They embraced the United Nations, Globalists, New World Order, China, and the Muslim Brotherhood.

The Clinton’s are are anti-Military and anti-Police and anti-Sovereignty .  They always hold themselves above the law and they haven’t any problem lying about anything they believe helps them achieve their goal which is the same for the Muslim Brotherhood.  Maybe, they learned the lesson on lying from the Muslim Brotherhood.  They embrace the Muslim Brotherhood and CAIR and Socialist Party USA.  They are mentored by Kissinger and Soros.  They were funded by  George Soros.    George Soros donated to Obama’s campaign as well.  Soros funds many organizations under the guise of charity.  The Clinton’s, Obama’s, Bush’s, and Soros promote and support Communist China and the United Nations, Agenda 21, and The New World Order which is an Old World Order operated by the Communists.

In a shocking interview on television, Maxine Waters blurted out revealing information about Obama and his intent to implement an organization  that he signed into law under the unconstitutional Patriot Act.  Obama made sure that NASA would be granted authority to spy on every American.  This is even more stunning coming from a man who can’t produce a Certified U.S. Birth Certificate or identification or credentials.  Perhaps, he used the “Patriot Act”  to implement spying on innocent Americans and invading their privacy, while he concealed his personal credentials and identification from the entire federal government and American citizens, without being deported back to Kenya as an illegal alien.

In an interview, Maxine Waters, inadvertently blurted out that prior to Obama’s leaving office in 2016 that he had everything in place for the next President, who he believed would be Hillary Clinton and Bill Clinton taking over the White House.

Maxine Waters revealed the following:  The President [Obama] has put in place an organization that contains the kind of data base that no one has ever seen before in life.  And, that data base  will have information about everything on every individual that  has never been done before.  He’s been very smart what he is leaving in place -[OFA] is also known as the Organization for Action, a 501(c) 4].  And, whoever runs on the Democratic side is going to have to deal with that. He has been very smart.  It is very powerful what he is leaving in place.”  This statement should send chills down every American’s spine.

Furthermore, “Crossroads GPS, the conservative group co-founded by Karl Rove is one well-known example. On the other end of the political spectrum is Organizing for Action [OFA], which is what President Obama’s campaign operation transformed into after he was re-elected about November  2012.  The truth is that it’s no uncommon for candidates seeking election to embrace organizations with  multiple arms, including a nonprofit and a super PAC. American Crossroads, for example, is a super PAC affiliated with Crossroads GPS.” 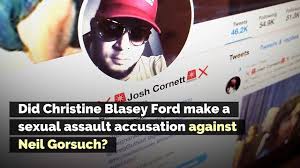 This brings up the question if Christine Blasey Ford and her dad and brother were linked to the CIA as allege din the news as well as George Soros.  Politifact posted, “Ford has a brother, Ralph Blasey, who worked for Baker Hostetler, a law firm that retained Fusion GPS, the infamous DC company that produced the unverified Steele dossier on President Donald Trump and Russia, sparking the Russia investigation,” the release states, linking to YourNewsWire.co

Furthermore,  I stated in my radio show, “Colombo Chronicles Live” on BTR that “The Ford’s Letter is the Most Important Piece of Evidence” that was sent to Senator Feinstein.  About September 25, 2018, a psychologist stated that Ford’s “Letter” to Feinstein is a fraud.  She confirmed what I stated on my radio show.  I questioned if Senator and Mr. Feinstein and the Dr. Christine and Mr. Ford’s or attorney and former FBI agent, Monica McLean, knew each other prior to the hearings.  McLean was reported by Ford’s former boyfriend to be Ford’s long-time best friend, Monica McLean, who lives in Rehoboth, DE..  It’s alleged by the boyfriend that Dr. Ford helped McLean with tips on how to take a polygraph test and according to Dr. Ford’s testimony, her “beach friends” helped her with the Letter and getting her on the plane testifying she was terrified of flying.

Dr. Ford testified that her attorneys never told her that the Senators offered to fly to California to hold the Senate Hearings in the Ford v. Kavanaugh interviews assisted in retaining attorneys for Ford.  It’s also reported that Senator Feinstein may have paid for Ford’s retainer fee and polygraph fees and that Senator Feinstein recommended the Democratic attorneys to represent her at the Ford versus Kavanaugh Senate hearings.

This raises the question if there was any collusion or a conspiracy to stop President Trump from appointing a conservative Justice to the Bench because of fear that Trump would follow through and arrest politicians who may have committed sedition or Treason. On the other hand, the question has been raised if  Dr. Ford testified against Judge Kavanaugh because it’s alleged that Ford and her husband are invested in Big Pharma and the sale of abortion pills.  Was Dr. Ford concerned that legal abortion would be overturned by conservative Justices?  It’s been alleged that Senator Feinstein and Senator Schumer were involved in helping set up two GoFundMe accounts that paid off Christine Blasey Ford at about $1,000,000 after she testified that she didn’t benefit in any way from testifying.  It appears that isn’t entirely true as $1,000,000 isn’t chump change.

In fact, the article stated, “Here’s the key difference: Super PACs must disclose their donors while 501(c)(4)s do not. If you are a donor looking to influence election but do not want to reveal your identity, the 501(c)(4) is an attractive option through which to send your cash.”

Therefore, Americans should ponder if  Obama’s Organization known as “OFA” has  tentacles similar to the Clinton Foundation that reaches across the nation and around the world.  Does OFA seek donations on domestic and foreign soil from donors who would remain anonymous under the 501(c)4 umbrella?  Did the OFA tentacles and/or the Clinton Foundation tentacles reach out to GPS and the Russian Dossier that is supposedly under investigation by Special Investigator, Robert Mueller?  Has anyone in the FBI investigated if Obama and the Clinton’s and Ford’s brother, attorney Ralph Blasey,  allegedly linked by association to the Russian Dossier and Fusion GPS?

The IRS  Director, Lois Lerner, under Obama’s watch spied on the Tea Party and Conservative organizations.  Should we ask the question if  Obama’s OFA is part of  NASA and the Federal Government or is OFA, a private organization.  OFA is  alleged to be worth $40,000,000 with an army of 30,000 members.   It appears that “OFA” is allegedly being used to either disrupt or influence elections.  Did Obama set up the spy program with people who would spy on individuals and report back to OFA?  Remember, during the 2012 elections, Valerie Jarrett was in the news stating that  “Anyone who opposed them would be punished.”   Recently, Senator Pelosi repeated the same threat.

Share this article and comment below and click on Like if you want to read more articles by award-winning Advocate for Justice, Poet, Radio Host, and author of award-winning, “Fight Back Legal Abuse,” and “Obamacare, Dinosaurs, RedNecks and Radicals” which can be seen on http://www.amazon.com –