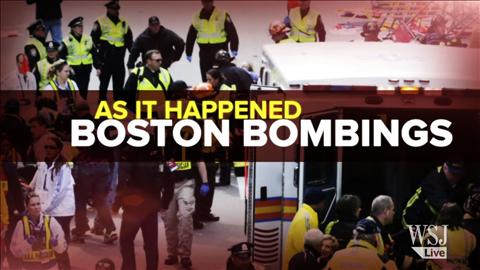 It’s possible that Revelations and the Old Testament were warning about the coming WWII when Jews would be tattooed. Hitler implemented the largest kidnapping of innocent people and the largest death toll in modern times at about 12,000,000 when Hitler ordered the Jews and all his prisoners into the showers where after they were stripped naked and gassed to death.  This is known as the Holocaust.
If Americans don’t wake up quickly and support the President of the USA and pray for him and the nation, it is possible more than 12,000,000 people could be wiped out and nations stolen from Europe, America, Mexico, Canada, South America and Africa.  Russia, China, and Japan are resistors to the foreign enemy invaders with the support of their government, but China is also a resistor of Christianity.
Remember, indefinite detention is an unconstitutional law in America because it denies “Due Process of Law” and “Miranda Rights.”  In my opinion, the following law implemented under the Obama-Holder-Hillary Clinton regime is dangerous to the freedom of every American.  It is entitled, The  NDAA Law.”  The NDAA Law was implemented by Democratic Congressional members.  In fact, the  catalyst who proposed the NDAA Law, which  denies the presumption of innocence also known as the phrase, “innocent until proven guilty,”  included Senators  Graham, McCain, and Levin.  Levin retired and McCain is dying, so it won’t affect Levin or McCain.
Should Americans not ask if it’s a mere coincidence that the bar code ends in 666 and that the manufacturer’s office of the Microchip 666 is located on a Fifth Avenue building #666, in NYC?  The numbers 666 are the clues according to the Book of Revelations that warns of signs when the end times are near.  It is at this time that the Lord may return if the people do not turn back to God and pray for his mercy and forgiveness and repent from the crimes against humanity.  Is it a mere coincidence that the evil ones are accelerating their agendas since Trump took office?  They are referring to Social Security, a government retirement plan, as a Benefit, not a Retirement Plan?   Could it be that they’re intending to rid the nation of social security and social security numbers and expect to micro-chip the masses with one individual number enslaving everyone to the few evil ones who seek to control every human being?
Will America and Europe be able to withstand and survive whatever disasters and scandals arise in the future?  Are Americans and Europeans prepared for any crisis including an alleged attack by the foreign enemy invaders if it should come to that?  Are the evil ones creating “collectivism” by the foreign enemy invasion so they can wipe out millions gathered together in North America – South America – Europe – and Asia? Did the evil ones cause Fukushima because Japan refused to join the NWO and refused to  allow a foreign invasion into their country?  Just Askin’ – Is the foreign enemy invasion under the guise of a “Christian Refugee” persecution no more than a Trojan Horse?” Are Americans and Europeans about to face WWIII or Civil Unrest and Civil war?  These are questions blowing in the wind……
The Following Video is not for commercial use, but a dissemination of information for educational and entertainment purposes only.
VIDEO – Click on link to watch –
https://www.youtube.com/watch?v=kfmI-TZc6oE
Remember, the New World Order under Communist Rule of an Iron Fist all began with Hitler tattooing people with individual numbers as chattel and leading to the Social Security Number in America, which led to the 666 Bar code and the computerized Bar-code led to the lithium Microchip that could eliminate the social security number in the future if the evil ones succeed.  How many Americans, Europeans, Jews, Christians, Catholics, and homosexuals will fall for this pre-planned evil agenda to usher in the New World Order’s utopian world?
Remember,  God hears prayers and prayer can prevent the evil one and his demon possessed followers  from moving forward for another 50 to 100 years. How many God-fearing and God-loving people will stand up against the New World Order operated by the demon seed thrown out of the gates of heaven onto the earth.  God has given satan a period of time to seduce and recruit as many demon-possessed humans as he can who will sell out their souls in exchange for a foreign enemy ideology or the material world? The biggest enemy of Freedom is Liberalism, Socialism, Communism, and The Muslim Brotherhood and their worldwide tentacles!
(Scroll down to click on Like – Follow – Comment – Read more blogs created and written by Rose Colombo.  Scroll down to listen to Rose Colombo’s worldwide online archived radio shows taped live)
(Rose Colombo is a long-time advocate for justice, award-winning poet, writer, author, cable TV and radio host, producer and survivor of legal abuse.  She’s help hundreds of victims of legal abuse and injustices go from victims to survivors with her understanding because she’s walked in the victim’s shoes, as well as her extensive research, and years on the front lines fighting back that has given her insight into the illusion of injustice).
Visit Colombo’s website:                  http://www.colombochronicles.com
Colombo’s Radio Show Online:       www.blogtalkradio.com/colombochronicles – live very Wednesday worldwide online from 12pm to 1:00 pm pst usa – check time in your state or country.  Rose invites prominent guests who are experts and authors keeping the audience up-to-date on health, politics, romance, human rights violations, immigration, corruption and more.

Justice is for $ale!